Skip to content or footer
Back to Get Inspired ›

When you address wedding invitations or another piece of formal correspondence, traditional etiquette rules provide very specific directions about using titles, ordering the names and even how many lines to use.

We’ve updated our wedding envelope etiquette rules to answer all your questions. And maybe some you haven’t thought of yet.

To some folks, yes—absolutely. But some wedding invitations, like many weddings, have become less formal.

So the decision to use traditional wedding envelope addressing etiquette has become a mix of wedding vibe, couple’s choice (most important) and respect for the guests’ preferences. For example:

If you choose to depart from traditional wedding etiquette rules, you can mix and match to suit the styles of your guests. Address your always-proper great aunt and uncle’s envelope to “Mr. and Mrs. Lawrence Sells” and the one to your close couple friends to “Bailey and Parker Johnson-James.”

How do I use titles? 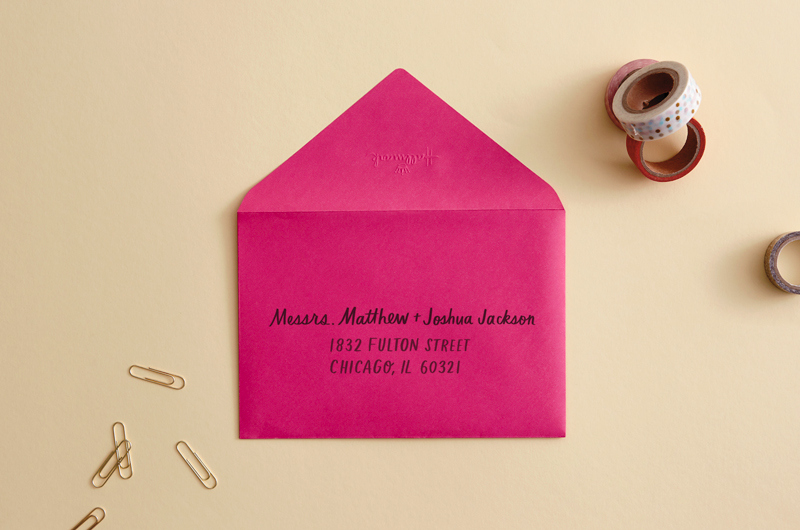 Honourifics also include occupation-related titles, such as:

Is the recipient unmarried? 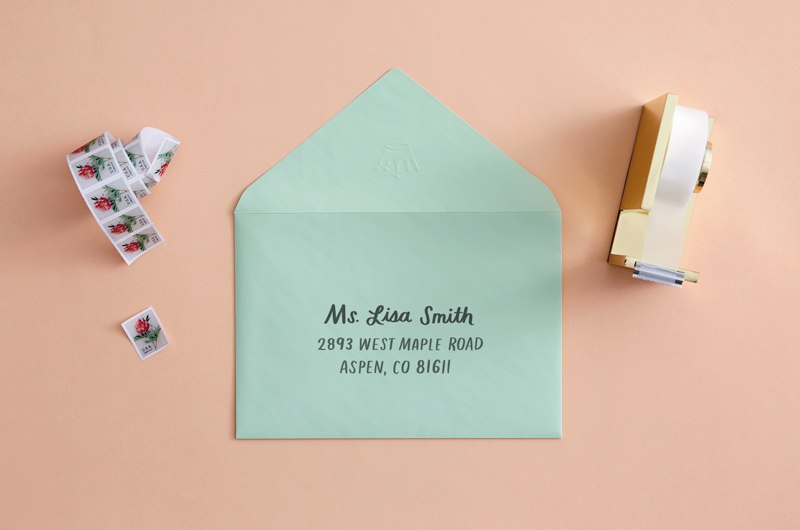 This one is pretty straightforward: Just use the appropriate title and full name (unless they are divorced or their spouse has passed away, in which case scroll down for guidelines). So:

Is the couple married? 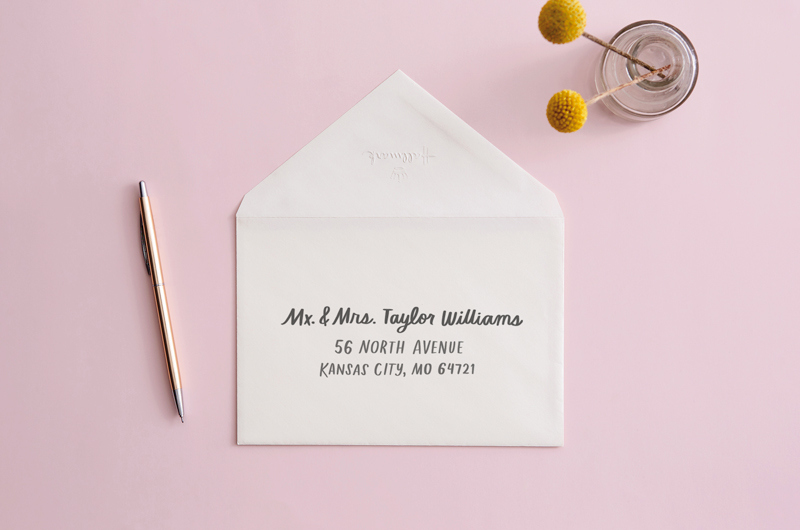 There are so many “rules” and alternate rules and rules that change with the times. Here are the common ones:

Here are examples of correct usage (though we didn’t show every single variation possible). If titles are separated by a slash, either is OK to use.

If you add in occupation-related titles, the name with the title goes first.

Married couple with military title for man
Colonel and Mrs. Michael Smith
(Leave off the branch in this case.)

Married judge with wife
The Honourable and Mrs. Michael Smith

Is the couple unmarried but they share an address? 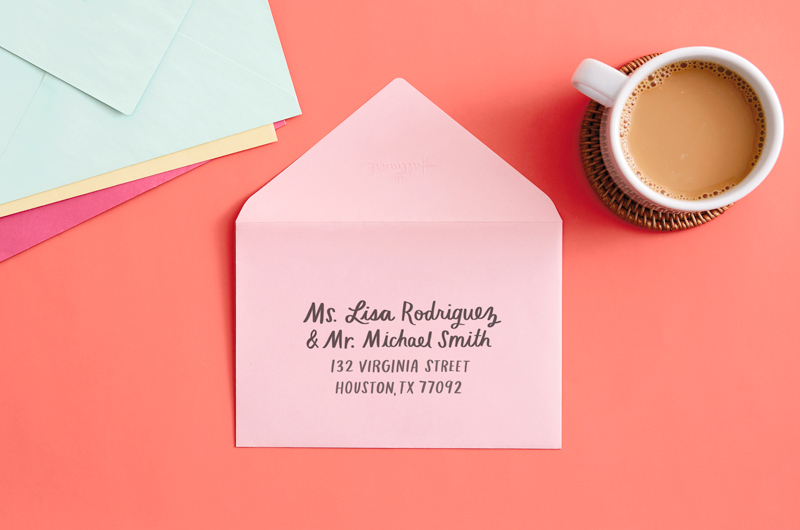 Traditionally, you’d leave out the “and” and put their names on two separate lines. These days, some people prefer to use “and” for any committed union—or you might use an ampersand (&).

In this case, go in alphabetical order by last name.

Is the recipient no longer married?

Women who have divorced or are widowed may choose how they prefer to be addressed:

What about etiquette for kids? 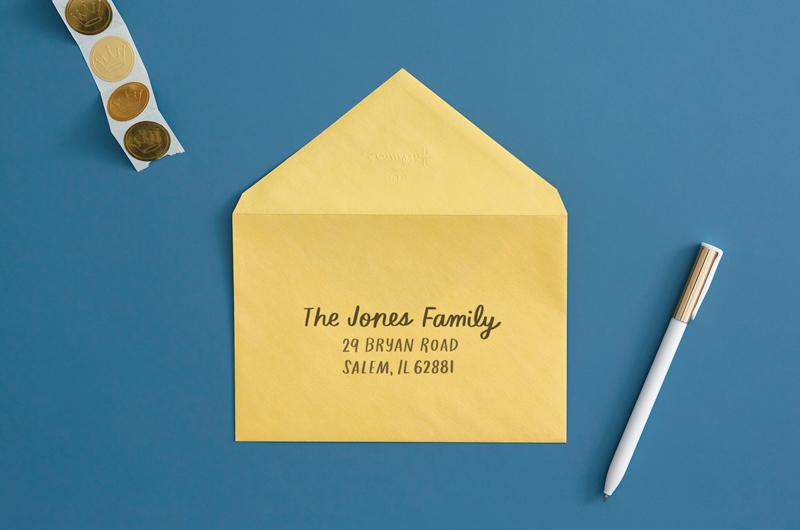 One of the reasons for the “inner envelope” in wedding invitations is to let guests know which members of the family are invited. If you’re using an inner envelope, list the invited children’s first names underneath the parent or parents’ names.

When kids turn 18, traditional envelope addressing etiquette says they get their own invitations, even if they’re still living at home.

A casual version would be to address “The Jones Family”—which you can also use on an outside envelope.